Have you ever heard of the Python Cape Coast user group?

Well, it’s the programming language user group made up of Python lovers and developers. This user group is established under the guidance of the Python Software Community Ghana (Python Ghana). The community held its first meetup on the 24th of February 2018.

The event began with an introduction of individuals present at the meetup. Dzifa Lokko Joyce was the MC for the day. We were so thrilled that, after the introduction, we had individuals with no taste in programming present but were hungry to have a taste of it since they heard that software was eating the world.

With such crave, we had the privilege of being talked to by our patron, Mr. Armarh Mensah who happens to be a lecturer at the Computer Science Department. He made known to the community the importance or essence of joining such tech communities.

There were 3 speakers aside from the patron.

Nikola Jumah, a software developer also graced the meetup with a brief history of Python, the projects she has done with Python, and some major advantages Python has over other programming languages. An enthusiast asked what an IDE was and Nikola made it known to the whole house what it is and some benefits a developer gets from using an IDE instead of a raw text editor.

An installation party and some basic syntax knowledge were commenced by Amin who also has numerous projects in Python. He also led the community on the basic terms such as loops and functions.

After sitting down for quite some time, the attendees were ready to get their hands dirty. The next session commenced with a DIY session. Dennis Effa lead the house into their first basic python program by combining all that the previous leads had done. 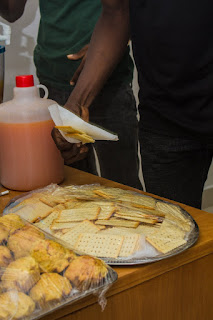 The stomach was not left out.

Python Cape Coast would like to extend its gratitude to our sponsors; The Python Software Foundation, the Organisers of the event, leads, and patrons. 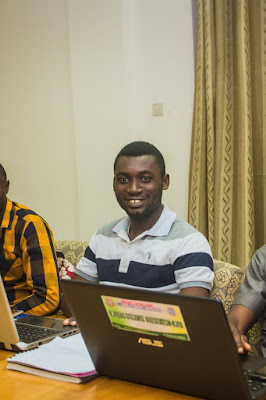 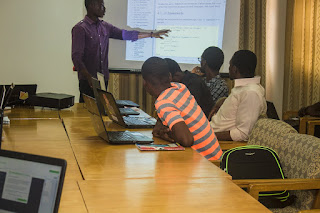 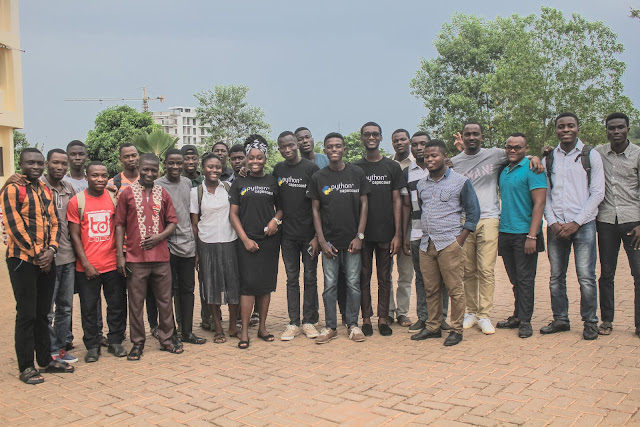