So I woke up on Wednesday the 4th of October with the normal routine of scrolling through my whatsapp messages and there was a message from one of my IT geeks about a workshop on Django for girls. I was intrigued about the workshop to the extent that my mind didn’t process the fact that I was going all the way out to koforidua ( my first time travelling alone, I was so freaked out).

I really didn’t think I was going to be selected because the program was in Koforidua and logically it was most likely those in Koforidua would be the main targets but I wasn’t perturbed not to register. On Monday I received a call from a gentleman called Mannie , a co-organizer of the workshop and he said that I had been selected to participate in the DjangoGirls workshop so I needed to confirm my participation via mail. Adrenaline rushed into my veins and I couldn’t control my excitement. Days felt like weeks and weeks felt like months as I waited for 11th November to come, it was like a groom waiting for his bride in a church.

It finally did arrive!!!! 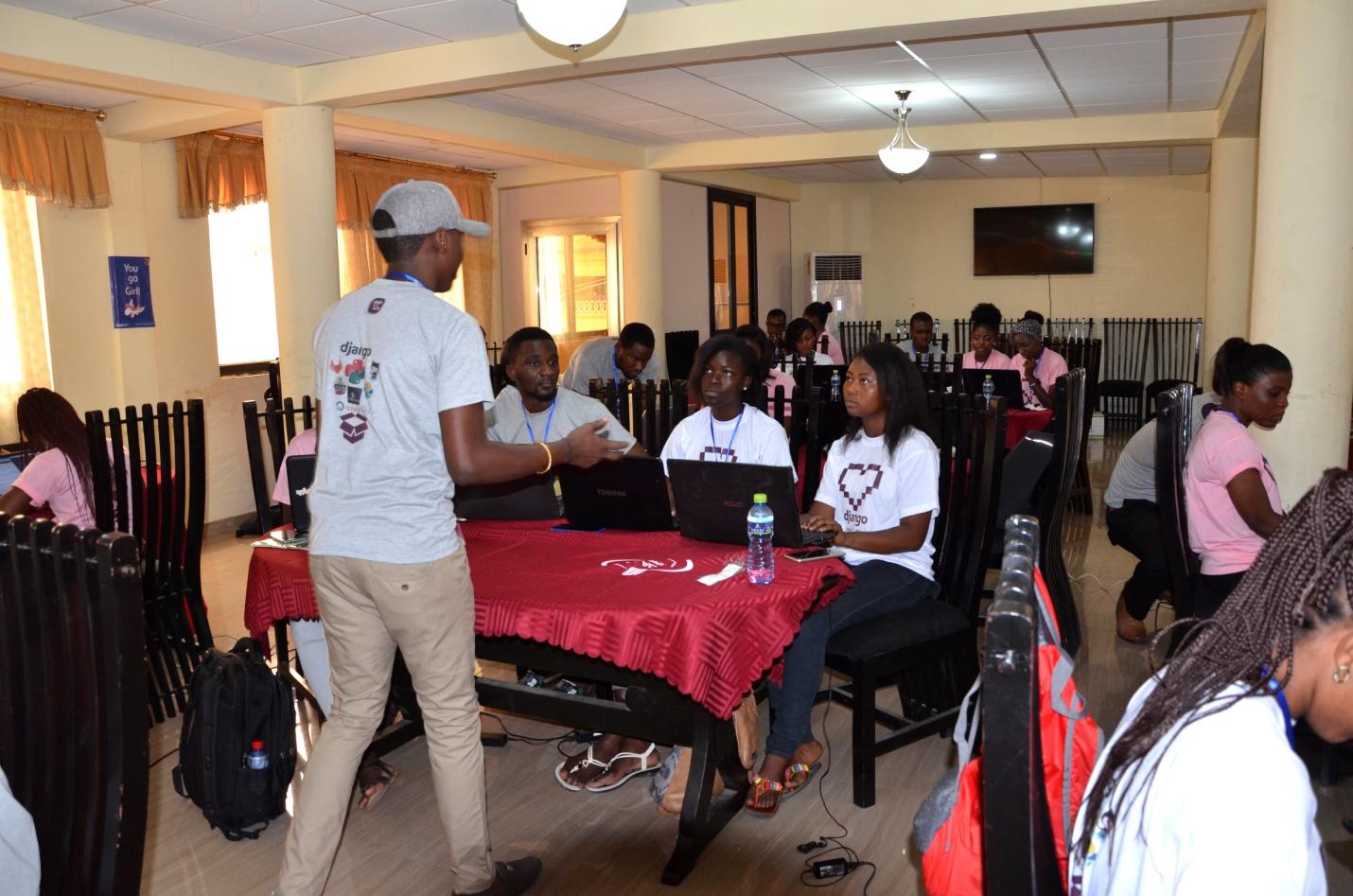 I REALLY ACHIE VED MY AIM OF CREATING A WEBSITE

Well with the tutorial that was sent to us before the day of the workshop I aimed at learning how to build a website on my own.

Did I achieve that? Yes I did and more. 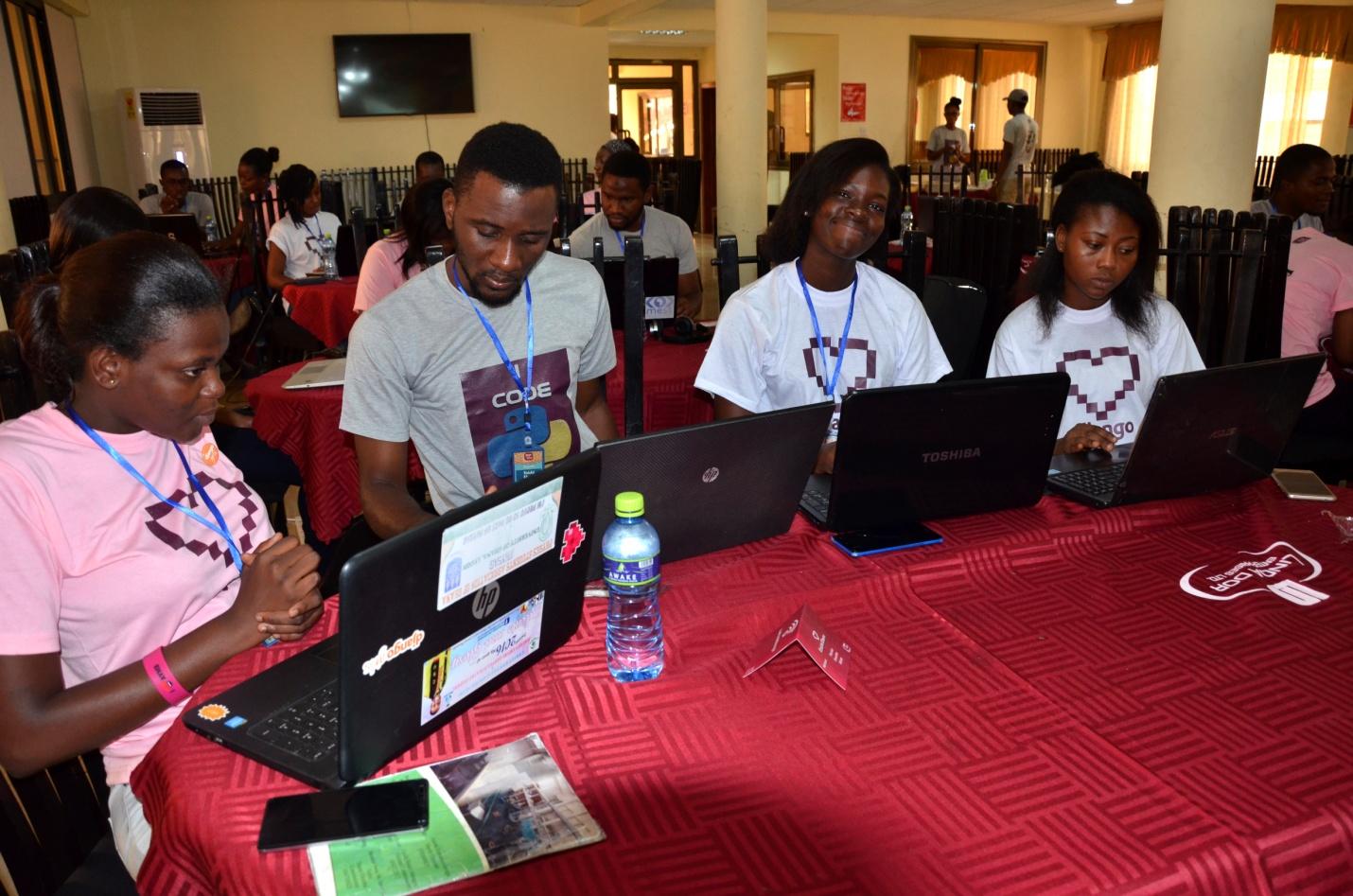 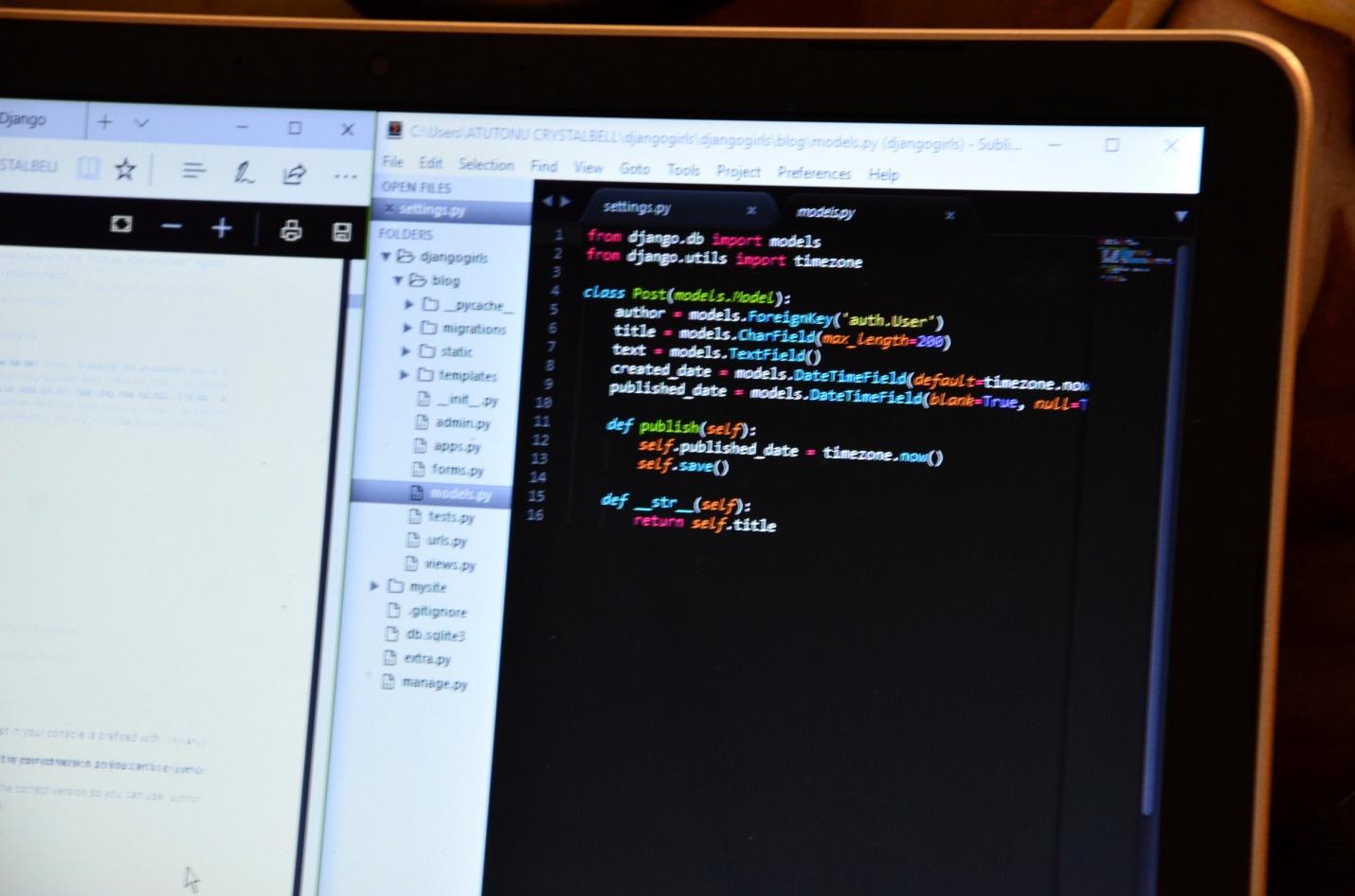 I also got introduced to github, amazingly I had once in my life signed up to this service but trust me I didn’t know what I was doing until DjangoGirls took me there. I didn’t know I was signed in to one of the efficient repository services and it didn’t end there, my coach told me that it did great stuff. Imagine you want to create an app that wakes up a patient and tells the patient it’s time for him to take his drugs you don’t have to code from scratch an alarm app or a date app, you just have to look for similar projects on github and here you go, you continue your coding from there. Isn’t that just amazing?! 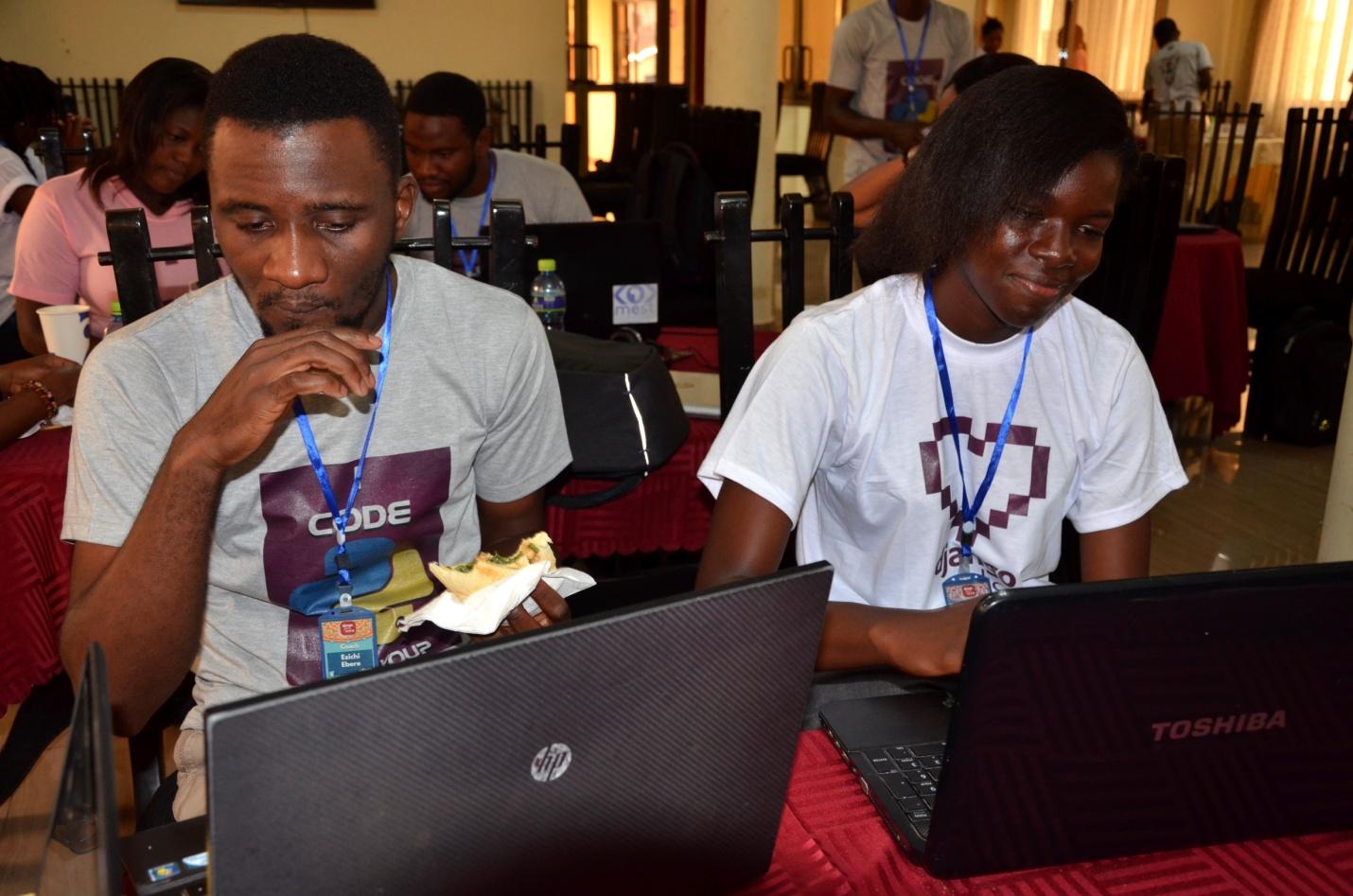 I also got to do what has become my favorite and lazy part of the coding which is to push and pull from the Git console to the “pythonanywhere” console. Its just like how you would pull a movie from a laptop to your pendrive and pull it to another laptop, YAY, that’s what is it but this time everything is done on a black screen with a punch of commands to push and pull from one console to another. I know you are saying now that “is this all it takes to create a website”, wait till you meet Mr. Bug. Mr. Bug is the enemy or better still the friend no one wants to have as a programmer. If you ever meet Mr. Bug you might end up looking like this. 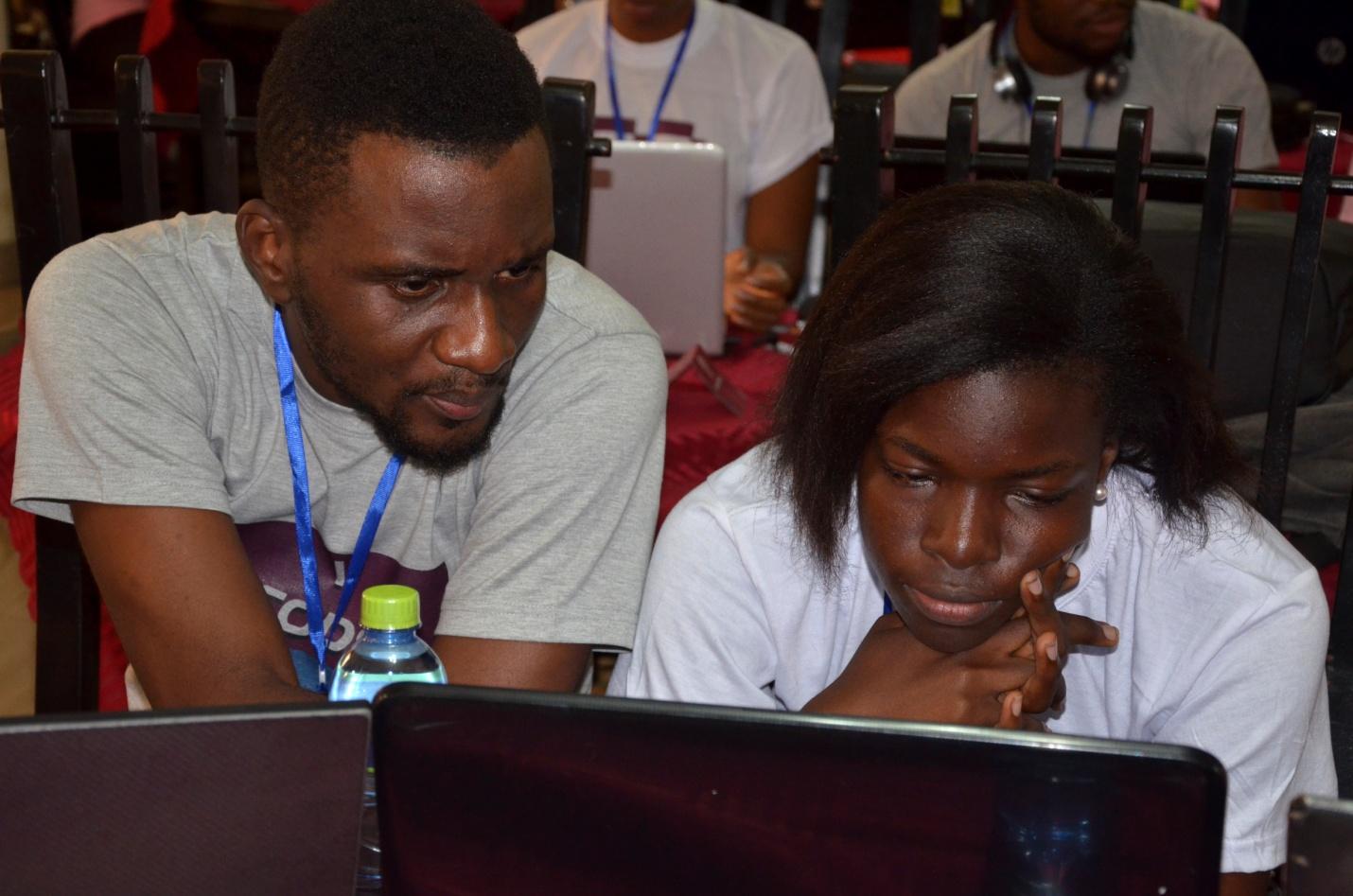 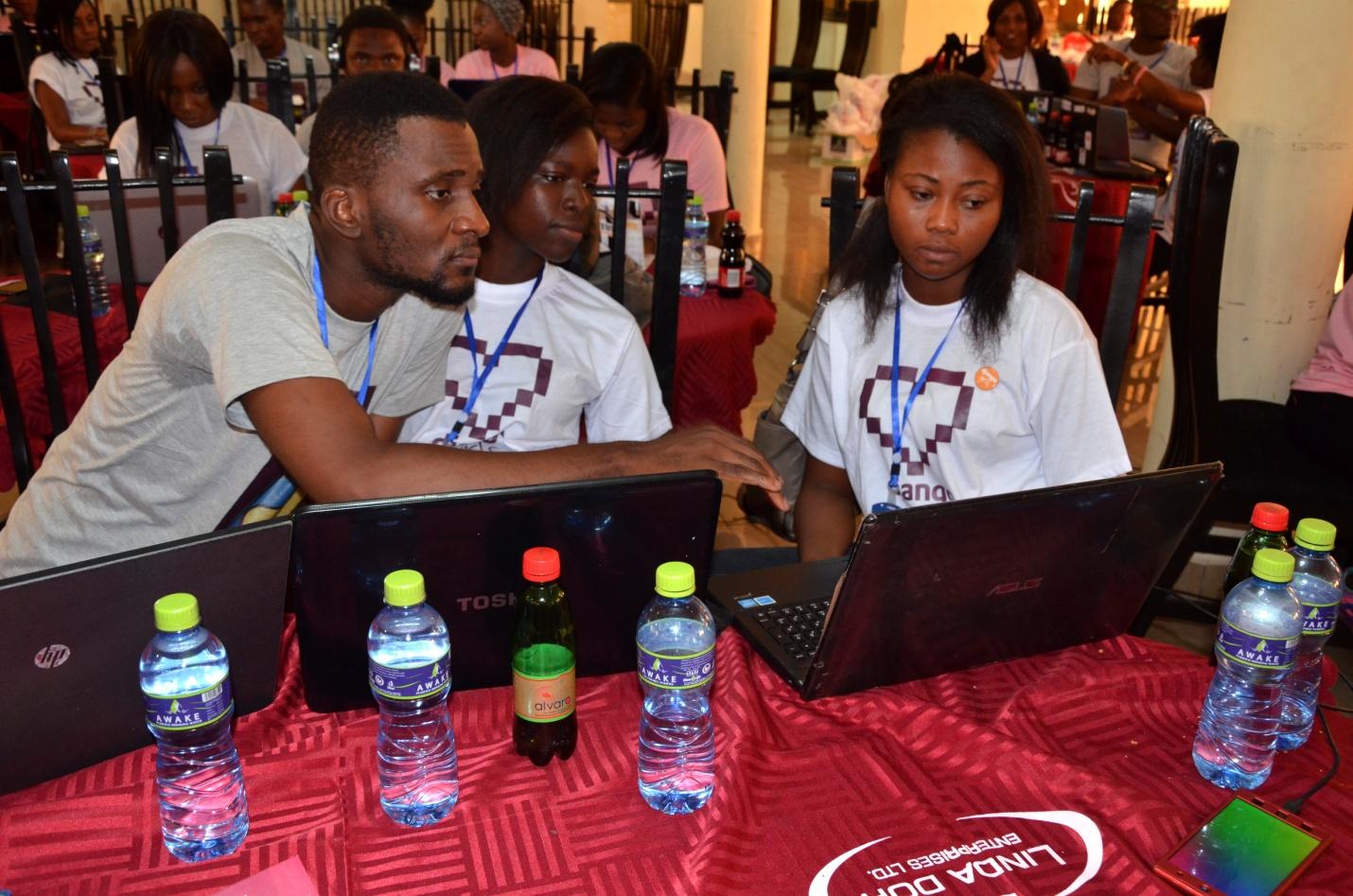 THE WORKSHOP ATMOSPHERE WAS SUPERB

If every programming class was handled in this manner and environment I can vouch for the emergence of a wide breed of programmers in Ghana.

I didn’t even feel like I was in a programming class, the atmosphere was so relaxed even though there was a bit of frustration in the air but each time someone got stuck somewhere our coaches were very available to help and they indeed were helpful. I couldn’t believe I was sitting behind a laptop for 7 full hours without feeling bored. 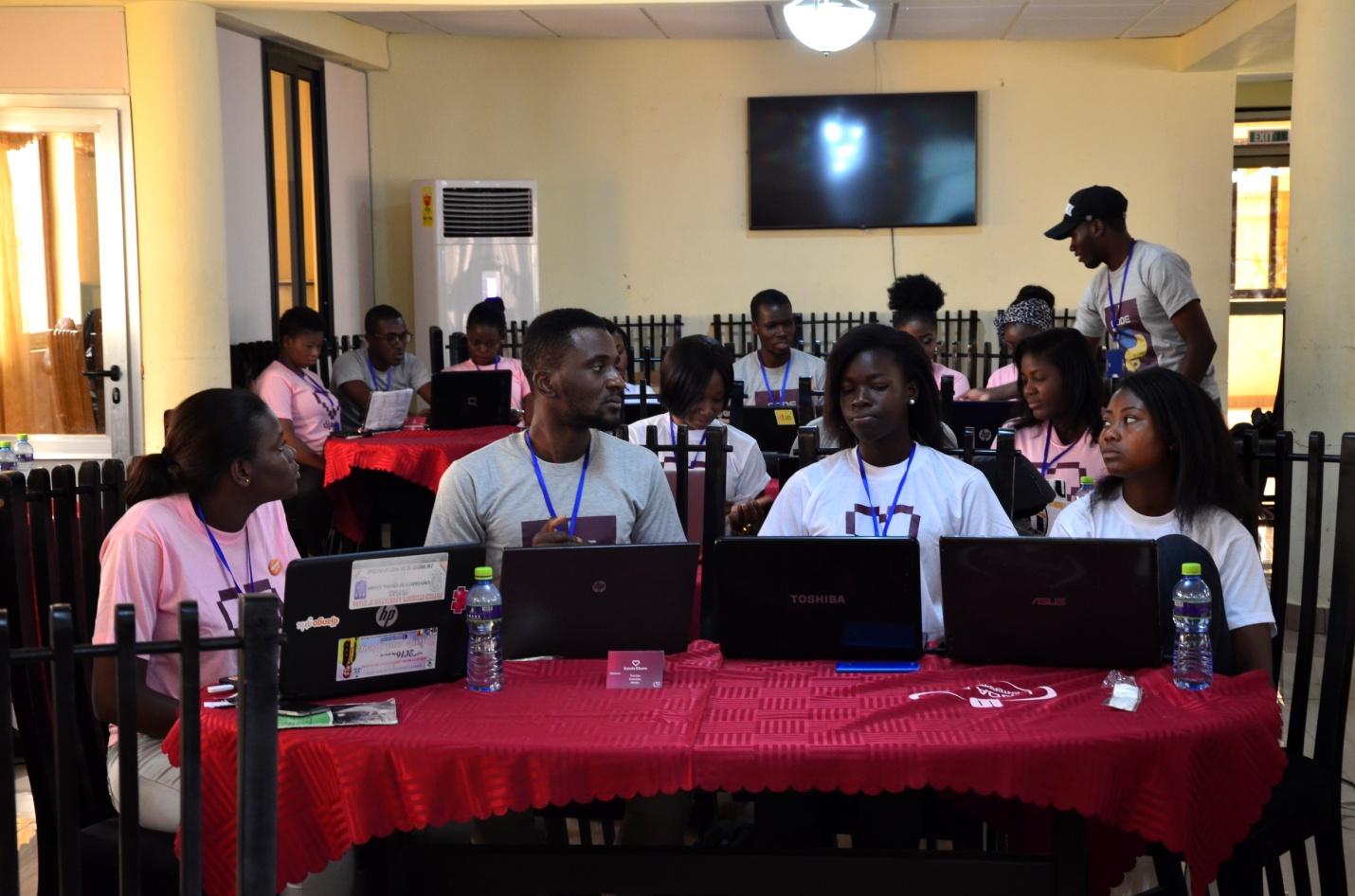 I forgot to add that I had cupcakes and a drink and a meal. I was really pleased with the food. 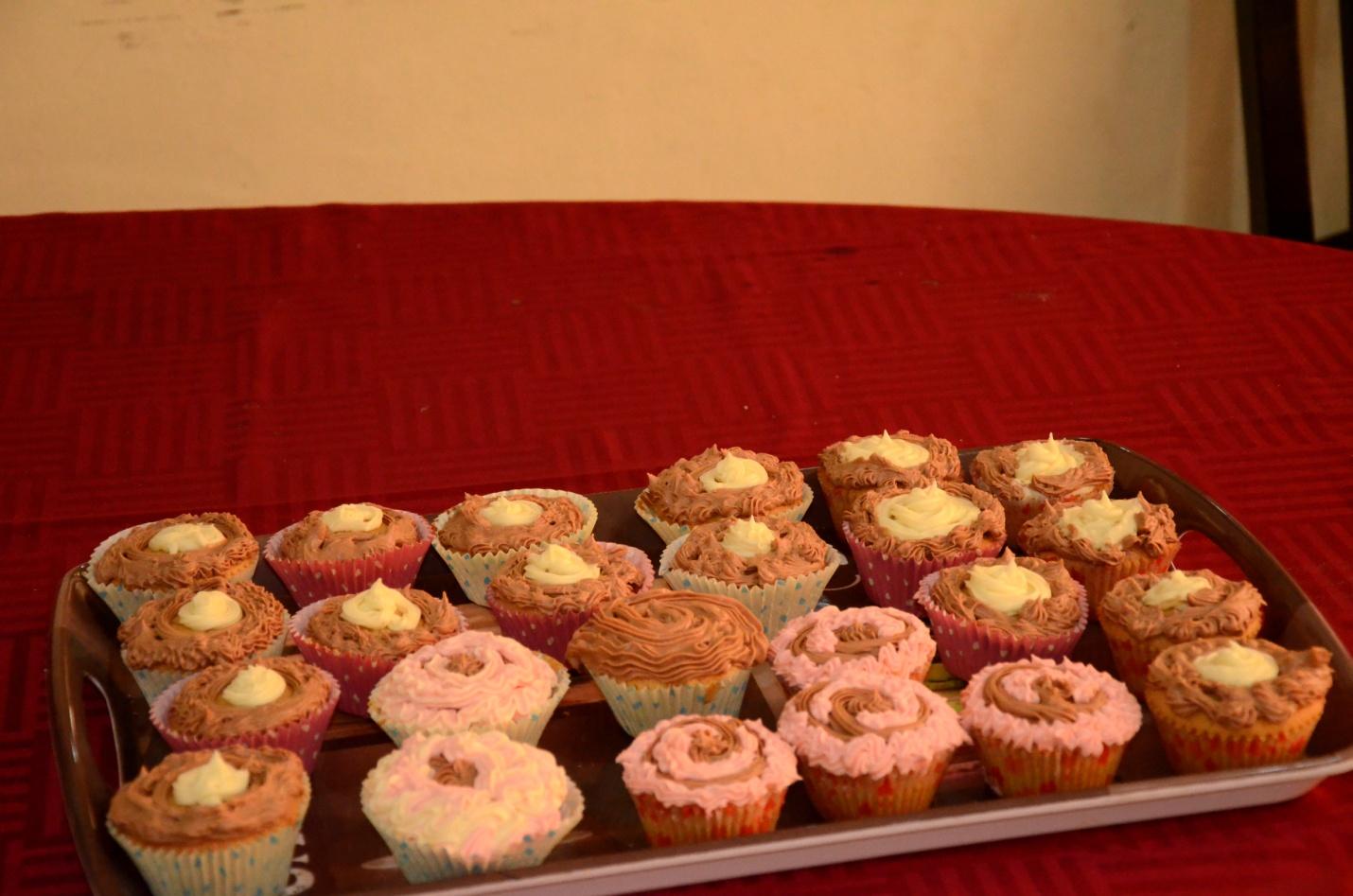 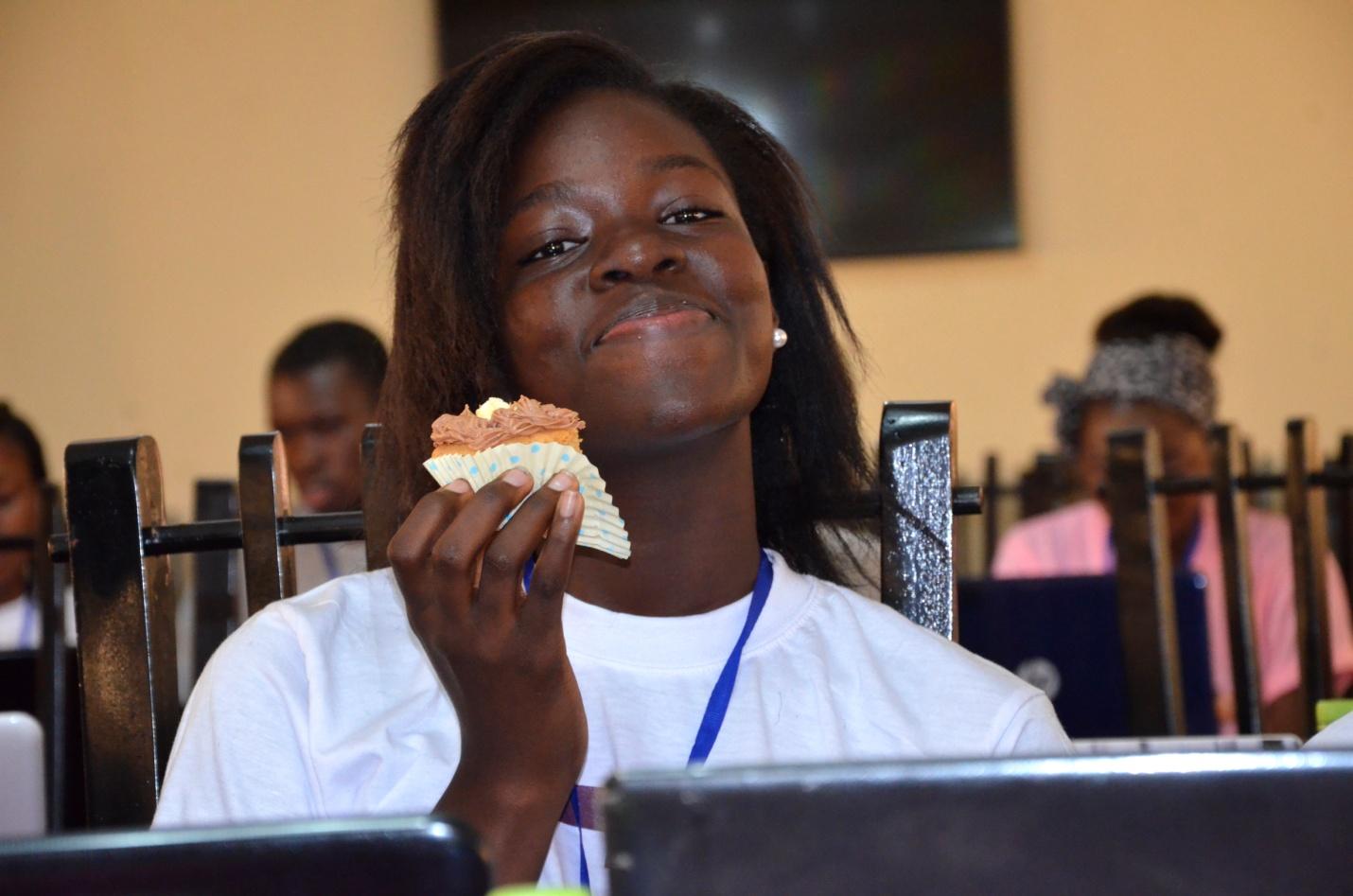 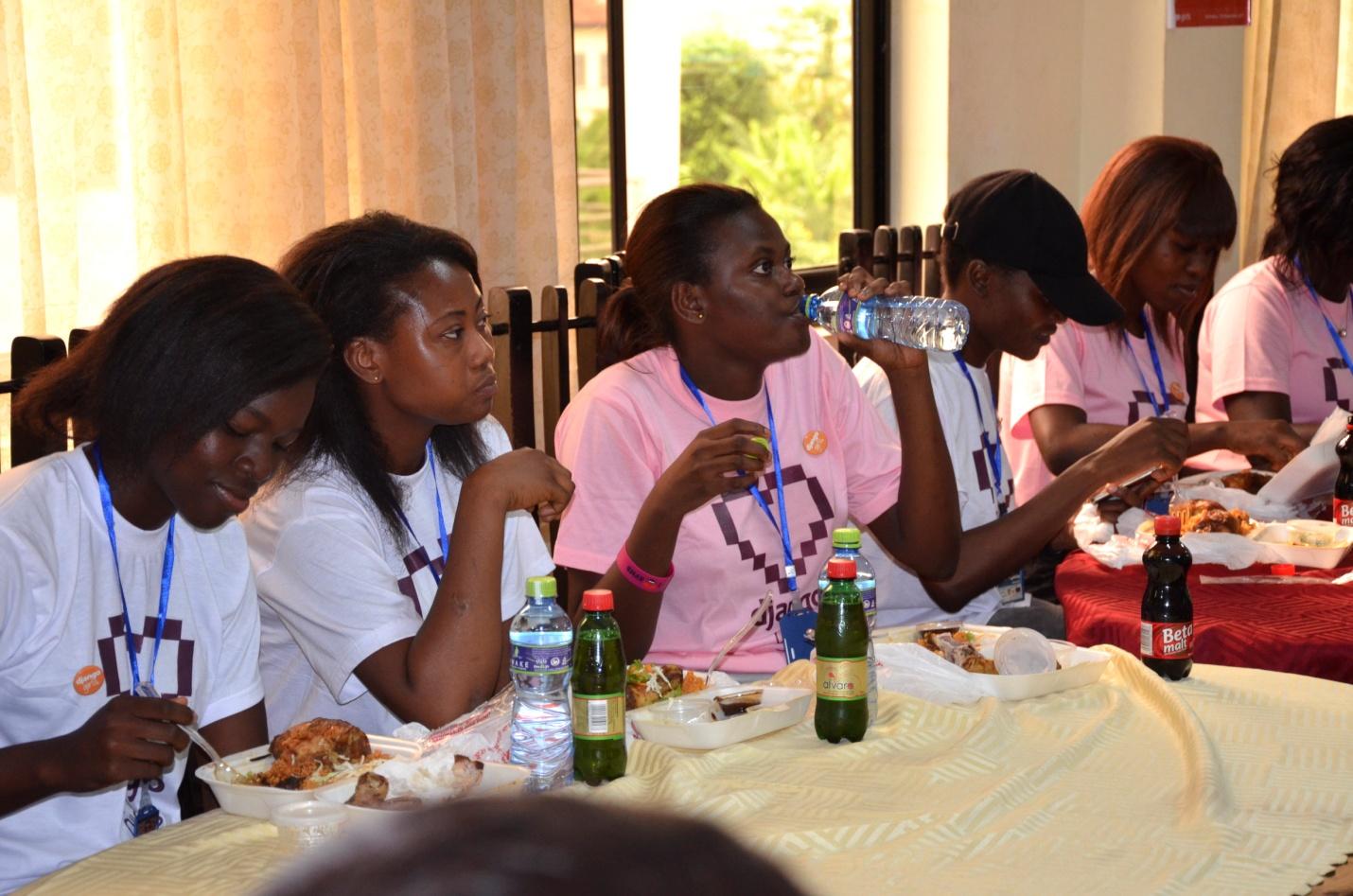 And I got stickers for my laptop too. 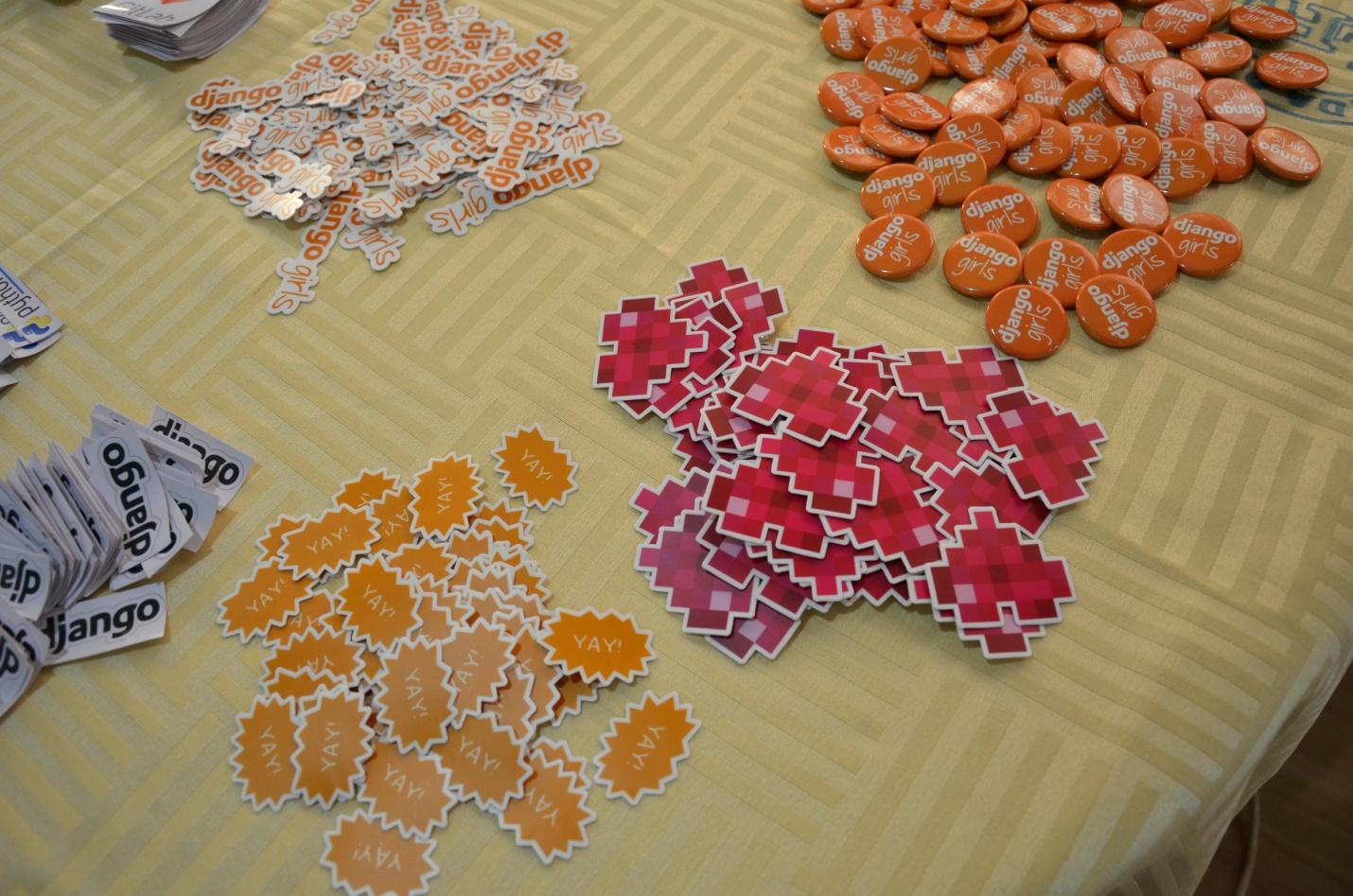 So soon the program had to come to a close, we all didn’t want to leave , we literally had to be dragged off our chairs. The program didn’t end there, we were giving certificates for participating. Did I say the workshop was free, it was , right from the tuition to the food to the certificates . 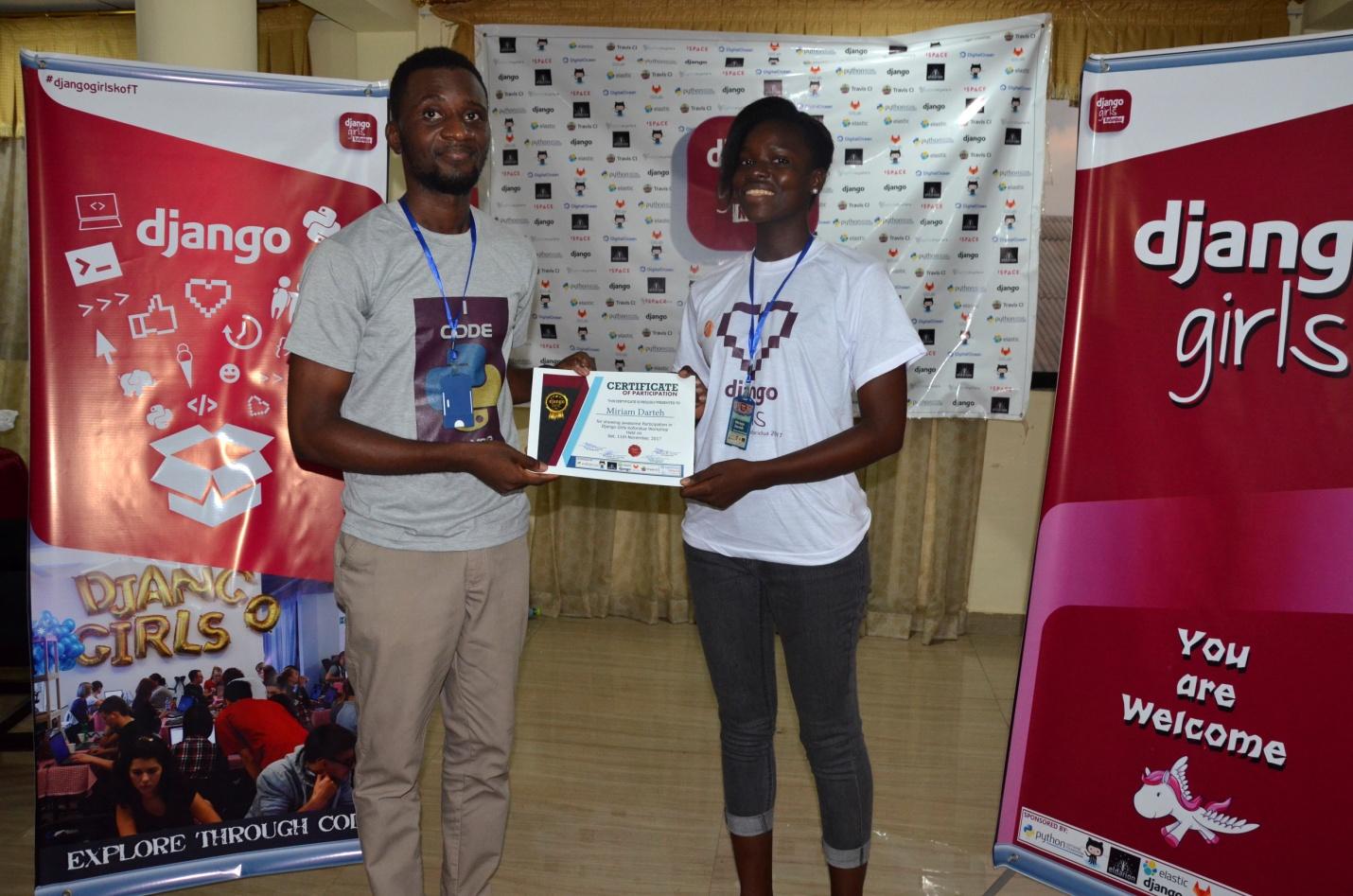 I have really not regretted attending this workshop and I know my knowledge won’t end up only on my laptop but on several other laptops in my vicinity.

My drive to help other ladies like me to learn programming has been boosted by Django Girls. They made me see how possible such plans could become realities. I want to take this opportunity to thank all those who came together to make this workshop a success, the sponsors, organizers, coaches , participants (myself too) and the people who brought the food and drinks and cupcakes. I know I have joined a great family and I am waiting for what more Django has in store for me. 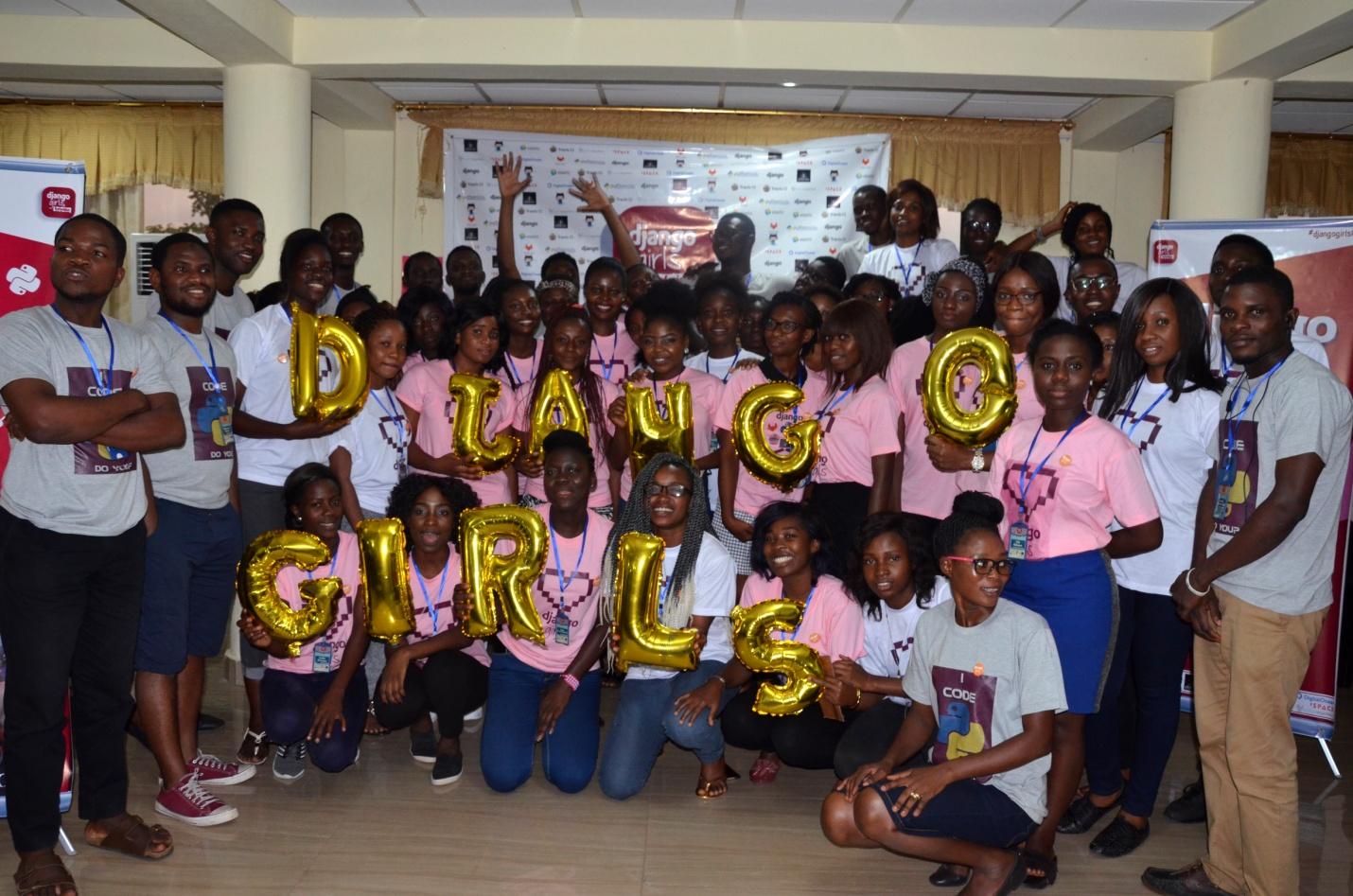 Have a Django day!